The cookie settings on this website are adjusted to allow all cookies so that you have the very best experience. If you continue without changing your cookie settings, we'll assume that you are happy to receive all cookies on our website. However, if you would like to, you can change your settings at any time using the Change cookie settings link in the Special menu.
We deliver worldwide. Most UK delivery's FREE over £50 ex. VAT (ts and cs apply)
(+44) 01253 893091 Contact Us

Joewell is a brand of hair scissors from the Japanese company Tokosha. Founded by Toyosaku Inoue in 1917, Tokosha started out manufacturing surgical instruments and only began making hairdressing scissors in 1921. Since that year was also the year of the rooster in Japan, Tokosha took an image of a rooster, or "Niwatori", as the trademark for its range of what were then called "barber scissors".

During the 50s and 60s, Tokosha developed a range of scissors for the demanding Japanese barber market that included the AAA-30 which became the best-selling pair of hairdressing scissors ever in Japan. Exports of this model led to the eventual formation of the Joewell brand in 1977 to market Tokosha's scissors to the European and American hair and beauty industry.

In the early days, Joewell scissors became popular with teachers at the Vidal Sassoon School for their high quality that enabled the creation of precise hair styles. From there Joewell grew until today it is one of the top brands of Japanese scissors. 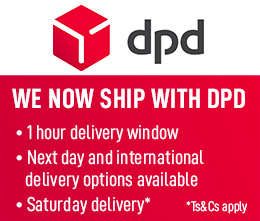 Revitalise your tools with our professional services

I just want to say "big thanks" for great customer service, my delivery has just arrived, in excellent time and first class condition! Really fast service, I'm impressed. I shall definately shop with you for all my future orders!

Great service, reasonable prices excellent delivery time...can get products here that are not available at our local wholesalers.

I have been a customer of Coolblades for some time and have always found them reliable and good value.

They have a great variety of products, reasonable prices and quick and helpful delivery and customer service.